Christian unity as a "concrete end-picture" 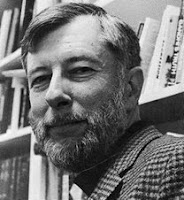 Over at the blog Inhabitatio Dei, Halden Doerge (who, by the way, copy-edited my book Ecumenism Means You, Too: Ordinary Christians and the Quest for Christian Unity in connection with his editorial duties at Cascade Books/Wipf & Stock Publishers) and Ry Siggelkow have co-authored a thoughtful post on "The End of Ecumenism" that may be of interest to readers of Ecclesial Theology. Doerge and Siggelkow raise important questions about the "end" of ecumenism--"end" as the goal of the modern ecumenical movement, "end" as the eschatology of the church that properly frames it, and "end" as the cessation of certain approaches to ecumenism that the authors understand to be unfaithful to this eschatology of the church. This post and the impressively reflective comment thread it engendered are encouraging signs that the quest for Christian unity is far from dead among younger theologians, ministers, and laypersons.

I want to affirm the ecumenical instincts expressed in this post, even while questioning its equation of formal bilateral and multilateral ecumenical dialogue with mere "negotiation." Ecumenism can be equated with negotiation only when church union discussions (like those related to the Leuenberg Agreement in Europe and the Consultation on Church Union in the United States) are read in light of what might be called an "ecumenism from below." There is also an "ecumenism from above," however, that corresponds to the concerns that Doerge and Siggelkow have rightly expressed regarding the kind of ecumenism targeted by the late Anglican Archbishop William Temple's often-quoted observation: "It is not by contrivance and adjustment that we can unite the Church of God. It is only by coming closer to Him that we come nearer to one another."

In a chapter on "Baptists, Praying for Unity, and the Eschatology of Ecumenism" that I contributed to A Century of Prayer for Christian Unity, ed. Catherine E. Clifford (William B. Eerdmans, 2009), I built on the appropriation of Ludwing Wittgenstein's concept of "concrete end-pictures" by the late Baptist theologian James Wm. McClendon, Jr. (1924-2000, pictured above left) in making my own case for an "ecumenism from above":

The church’s efforts to embody here and now the eschatological future disclosed in the biblical story ought to include the heeding of the dominical imperative of visible Christian unity. Two features of McClendon’s treatment of the eschatology at the core of the baptist vision support this assertion. First, McClendon echoes and builds upon Paul Althaus in defining eschatology as the division of theology that is “about what lasts; it is also about what comes last, and about the history that leads from the one to the other.” Second, McClendon draws from Ludwig Wittgenstein in developing the eschatological introduction to Doctrine [the second volume of McClendon's Systematic Theology] not in terms of a linear chronology of eschatological events but rather a series of interconnected “concrete end-pictures” suggested by the New Testament: the last judgment, the return of Jesus Christ, resurrection, death, hell, heaven, and the rule of God. To these focal concrete end-pictures identified by McClendon we should add the visible unity of the followers of Christ, for that is precisely the concrete end-picture envisioned by Jesus in his prayer for those who believe in him in John 17. This is a perichoretic unity that participates in the life of the Triune God (vv. 11 and 21-23a), is in the process of being brought to full completion (v. 23b), and is a visible witness to the world of the love of God (v. 23c). This prayer discloses a concrete end-picture in that it represents the eschatological hope of the person of God’s self-disclosure. Such unity is therefore what lasts and what comes last, and its process of being brought to completion belongs to the history that leads from the one to the other. If McClendon has characterized the eschatological essence of the baptist vision rightly, and if the quest for the visible unity of the church rightly belongs to the fullness of this vision as John 17 suggests, then Baptists are being true to their historic ecclesial vocation when they devote themselves to the quest for visible unity in faith and order.

Formal ecumenical dialogue and the reception of its results at the grassroots in embodied relationships can indeed participate in the history that leads from what lasts to the "concrete end-picture" of visible Christian unity that comes last. I'm glad to see such interest in furthering this needed conversation about it.
Posted by Steven R. Harmon at 7:45 AM