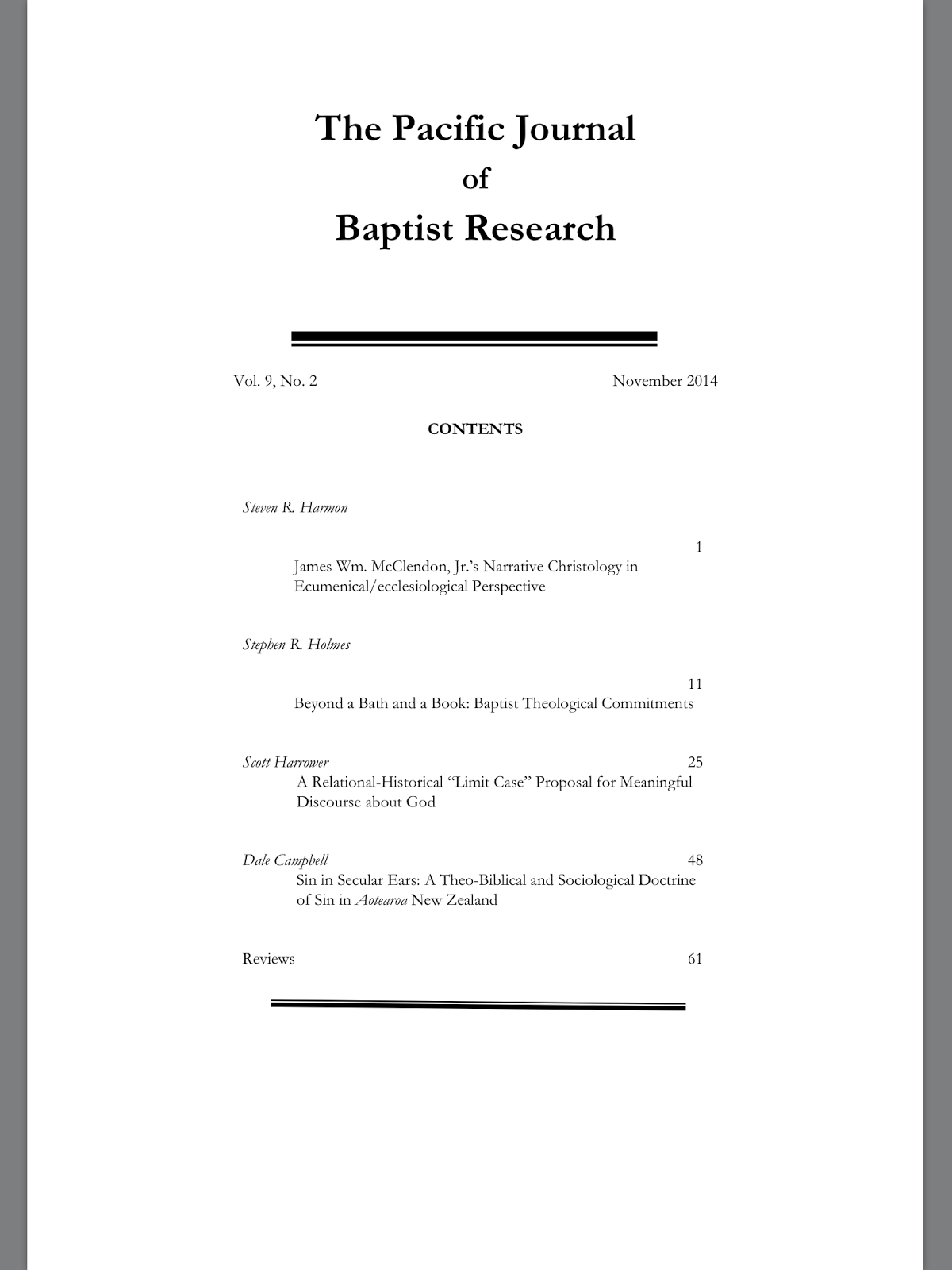 The November 2014 issue of the Pacific Journal for Baptist Research (vol. 9, no. 2) includes my article "James Wm. McClendon, Jr.'s Narrative Christology in Ecumenical/Ecclesiological Perspective," The issue in its entirety is available online in PDF (click on hyperlink above); the abstract for the article follows:

The reception of Baptist theologian James Wm. McClendon, Jr.’s proposal of a “two-narrative” Christology has focused on its relation to the Chalcedonian “two-natures” Christology. While not ignoring this question, this article addresses the ecumenical and ecclesiological implications of McClendon’s Christology by turning to a pair of different questions. First, what does McClendon’s seemingly non-Chalcedonian Christology look like when viewed through the lenses of the attention bilateral ecumenical dialogue has given to Christology as central to efforts toward confessing “one faith,” in particular in light of the progress in overcoming the fifth-century Christological divisions made in the ecumenical dialogues between the non-Chalcedonian churches of the East and Catholic, Orthodox, and Protestant churches during the past four decades? Second, what are the ecumenical implications of McClendon’s suggestion of a link between his two-narrative Christology and ecclesiology?