"Souls on the tree of pain": an Ellacuría echo in U2's "Bullet the Blue Sky"? 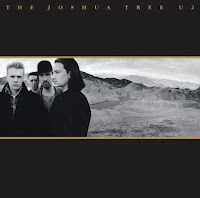 Now and then my theological vocation and U2-fandom avocation intersect. Some of those intersections have fueled my writing, from one-off theological reflections on album releases (most recently on Songs of Innocence) to a book offering a popular introduction to the ecumenical movement and ecumenical theology, drawing on U2's music for illustrative material (Ecumenism Means You, Too: Ordinary Christians and the Quest for Christian Unity).

This week I experienced another of those theology-and-U2 intersections in connection with the band's announcement of The Joshua Tree Tour 2017, revisiting their classic fifth studio album 30 years later. The news had me listening to the album again this week, and this time I heard something I'd not noticed before.

While preparing to preach on the Lukan account of Jesus' parable of the Good Samaritan during the last lectionary year, I read Salvadoran theologian Jon Sobrino's essay on "The Samaritan Church and the Principle of Mercy." After the sermon I continued reading Sobrino's book in which it served as the lead chapter, The Principle of Mercy: Taking the Crucified People from the Cross (Orbis Books, 1994). Soon I read the chapter "The Crucified Peoples: Yahweh's Suffering Servant Today," which drew heavily on the thought of his fellow Salvadoran theologian Ignacio Ellacuría (1930-1989), to whom that chapter was dedicated in memoriam. I discovered that Ellacuría had been writing about the historical incarnation of Christ in the "crucified peoples" of the world since 1978, in particular the Salvadoran people oppressed by successive military regimes, in whom the body of Christ was being crucified afresh. Ellacuría himself joined this crucified people as one of the six Jesuit Martyrs of the University of Central America on November 16, 1989. I revisited these ideas during the past academic semester when one of my students wrote a paper on the relation between personal sin and historic sin in Sobrino's thought.

All this came back to mind when I listened to the song "Bullet the Blue Sky" on The Joshua Tree during the past week. It begins with these lines:

The inspiration of the song was a trip U2's lead singer Bono took to El Salvador in 1986 at the invitation of the Sanctuary movement. The working title for the album that became The Joshua Tree was "The Two Americas," and Bono wanted to experience one of those Americas, the one represented in this case by American military assistance to the oppressive regime in El Salvador. (The final album title is a double entendre, referring both to the desert tree in the southwest American landscapes that supplied aesthetic inspiration for the album and to the tree on which Jesus--Joshua in Hebrew--was crucified.) While in El Salvador Bono learned about and became attracted to the liberation theology that emphasized God's solidarity with the oppressed Salvadoran people and the responsibility of the church to join God in this solidarity with the oppressed, working for the liberation God desires for them. He also witnessed an air strike against a village of campesinos.


When Bono returned home to Dublin, Ireland, he shared those experiences with guitarist The Edge and asked him, "Could you put that through your amplifier?" The result was the closest a U2 song has come to heavy metal blues generically. The live performance of "Bullet the Blue Sky" at a December 1987 concert in Tempe, Arizona preserved in the film Rattle and Hum made connections between El Salvador, Ronald Reagan, and the kind of Christianity represented by Jerry Falwell that made some expressions of the American church complicit in the American proxy war in El Salvador (see video at the end of this post, or click here). The final song of the album, "Mothers of the Disappeared," is also about the conflict in El Salvador.

I'd never made the connection before in three decades of listening to the song while also being well acquainted with liberation theology, but I'm now convinced that the line "see them driving nails into the souls on the tree of pain" is a reference to the theological concept of the "crucified people" advocated by Ignacio Ellacuría. Since Ellacuría began writing about it in 1978, the concept had gained currency in discussions of liberation theology in El Salvador, so that by the time of Bono's visit in 1986 it surely must have been featured in his conversations with Christian contacts of the Sanctuary movement there. Even if Ellacuría was not mentioned by name in these discussions, he is the source of this way of framing things theologically, so that when Bono sings "see them driving nails into the souls on the tree of pain," he's conceptually echoing Ellacuría in theologizing lyrically about the air strike. Bono may not be aware of the connection with Ellacuría--but then again, we're talking about the same man who read Walter Bruggemann on the Psalter in preparation for a recent documentary of a conversation between Bono and Eugene Peterson on the Psalms, so it's not beyond the realm of possibility.