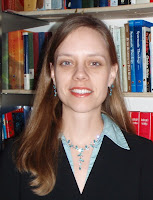 The question of the ordination of women to pastoral ministry has been debated extensively in my own Baptist tradition. While such discussions are often thoroughly exegetical, they have rarely been robustly theological. The effort to determine what the Scriptures teach and how that relates to their readers’ cultures then and now is of course inescapably theological, but Baptist contestation of the question has not adequately engaged its relation to the relevant systematic loci of Trinitarian theology, Christology, and theological anthropology, not to mention the problem of the relation of Scripture and tradition in theological hermeneutics and theological method. (Recent efforts by some conservative Baptists to invoke Trinitarian theology in defense of “complementarian” readings of the role of women in church and family life, though certainly theological, are in my opinion not the best examples of what I have in mind.)

However, an article in the current issue of Pro Ecclesia (vol. 19, no. 2 [Spring 2010], pp. 129-50) by Sarah Hinlicky Wilson—a Lutheran theologian at the Institute for Ecumenical Research in Strasburg, France whose lesser claims to fame include an endorsement of Ecumenism Means You, Too—is suggestive of some ways in which the question might enjoy a more deeply theological exploration among Baptists and other biblicistic Christians. “Tradition, Priesthood, and Personhood in the Trinitarian Theology of Elisabeth Behr-Sigel” treats these theological dimensions of the arguments in favor of women’s ordination put forth by Elisabeth Behr-Sigel (1907-2005), a lay Orthodox theologian who remains the most significant Orthodox woman to make such a case (in which she is joined by some significant male Orthodox theologians mentioned in Wilson’s article). Wilson points also to the relevance of these aspects of Behr-Sigel’s thought for the ongoing debates in other communions. Some key snippets from the article follow.

Some Orthodox arguments against the ordination of women to the priesthood have disavowed the possibility of doctrinal development within the tradition. But Wilson writes regarding Behr-Sigel:

Her proposal to this conversation within Orthodoxy is the idea that the gospel itself takes time to do its work. Even while she described herself as “patiently impatient,” she did not assume that the gospel would have fully transformed society within a century of Christ’s resurrection, setting the parameters of possibility forever after. Again and again she used the metaphor of the gospel “leaven,” slowly raising and enlightening ancient pagan societies. In her judgment, it has taken twenty centuries for the gospel’s leaven to permeate relationships between men and women. The secular women’s movement is the long-time-in-process outcome of Gal 3:28.

Therefore, one need not infer either that the church has faithlessly suppressed women’s calls, or that God has neglected the cries of women all along. The gospel works in and through history. It takes time. It does not (and perhaps cannot) change everything all at once. This approach to the church is more historical and less platonic—a change in understanding Behr-Sigel called for—as well as more ecclesial and less individualistic. In short, God may indeed not have called women to the priesthood before; yet God may indeed be doing so now, for the good of the whole body of the church, and through the slow and steady transformation of the gospel leaven (p. 136).

Wilson also explores Behr-Sigel’s response to arguments against the ordination of women that are based the assumption that maleness is integral to the priest’s “iconic resemblance to Christ,” which as Wilson notes is now (though not earlier in the tradition) “the decisive [argument] in Orthodox opposition to the ordination of women” (p. 140):

This line of thought, of course, still assumes a distinct symbolism of male and female, aligning the masculine with Christ and the feminine with the church. Behr-Sigel herself rejects this symbolic usage. If one were to insist on the symbolism, she contends, there is still no reason not to ordain women and thus permit them Eucharistic leadership. But far better, in her judgment, is the abandonment of the distinction between masculine and feminine roles in the liturgy, and thus in the priesthood, altogether.

This in turn has implications for the iconic understanding of the priesthood. It is not maleness that makes for an image of Christ. As Orthodox soteriology demands, Christ is full and complete humanity, anthropos, assuming the flesh of men and women alike in order to restore it. Both men and women must be icons of Christ because the humanity of both has been assumed by Christ, as in Gregory of Nazianzus’s famous dictum, “That which is not assumed is not healed.” All matters of symbolism aside, the very Christology of the church demands the recognition of women as images of Christ. Given the polyvalence of symbols, as Behr-Sigel observes, the refusal to ordain women now suggests the very opposite—that women are not adequate icons of Christ. The result is to leave both their humanity and their salvation is doubt (pp. 141-42).

Finally, Wilson in dialogue with Behr-Sigel takes up the question as to whether the spiritual callings of men and women are defined by gender:

The ramifications of [personalism in Valdimir Lossky’s anthropology] match with Behr-Sigel’s mature position on the place of women in the church. The nature of any given woman is not a limiting factor in her capacity to serve the church. It is not alien to who she is, but it does not contain her, either. She is like to God (the Trinity as a whole or the Holy Spirit in particular) not in any particular set of feminine qualities resulting from her nature. She is like to God, she is God’s image, in her self-transcendence, as a person. Therefore, Behr-Sigel’s growing intuitions that “women’s charisms” represent a false trail recognizes that the very attempt to elevate women in their distinctive femininity is precisely to deny them their common personal humanity. Women are not a set of charisms. They are persons with a variety of charisms who, again, transcend the nature of which they are an instance (p. 149).

A hypostasis is nothing more or less than an instance of an ousia. Gender does not exist as such, but gendered humans do; they are hypostases of shared human ousia, whether they are male or female. Inserting gender into the ontological scheme (whether in place of ousia or hypostasis) obscures actual persons, concealing them within their gender. In short, the hypostasis must be the person, not the person’s gender. That is the proper Trinitarian analogy. The person is not accordingly alienated from his or her own gender. But neither is he or she contained by it.

It matters little whether the attempt is to introduce “feminine” language for God and defend “feminine” ways of being in the church, or to preserve “masculine” names for God on the assumption that God has distinctly “masculine” traits. Each attempt comes to a different conclusion, but they are methodologically indistinguishable. Both start “from below” with assumptions about what qualifies as masculine or feminine. Both emphasize gender to such an extent that personhood is lost. The whole sweep of Behr-Sigel’s thought moves to the conclusion that this approach is a dead end, for traditionalists and revisionists alike. Any attempt to invoke the “feminine” (or the “masculine”) always ends up reducing women (and men) to mere instances of their natures, rather than self-transcending persons in God’s own image. In truth, men are persons and women are persons, because the Father, the Son, and the Holy Spirit are persons, too (p. 150).

Now that’s the kind of theological reasoning I’d like to see applied to the debates over women’s ordination in Baptist and other biblicistic free church traditions.
Posted by Steven R. Harmon at 8:51 AM