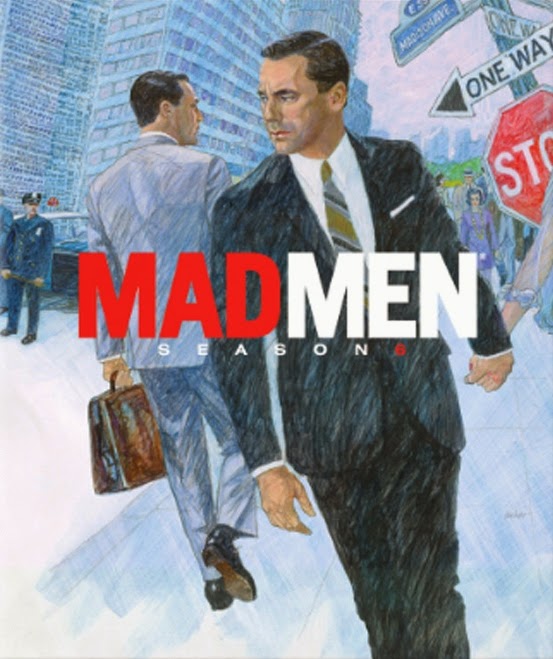 Today the ABPnews Blog maintained by Associated Baptist Press/Religious Herald published my post "Don Draper's Progress," which originally appeared as a guest commentary for ABPnews/Herald under the title "'Mad Men' as an exploration of human fallenness" last week. Here's an excerpt from the opening; full text will appear here on Ecclesial Theology in a few days.

“I keep wondering: have I broken the vessel?”

Don Draper’s mid-flirtation confession to his airline seatmate in the April 13 premiere of the seventh (and final) season of the AMC drama Mad Men may prove to be the single most theologically significant line of the series.

Man Men has been rich in material that evokes theological reflection on the human story, for this tale of the excesses of 1960s-era Madison Avenue advertising executives is really an exploration of the fallenness of the human condition. Lest anyone miss what the show is really about, the opening sequence features an image inspired by the falling man poster for the Alfred Hitchcock film Vertigo — a silhouetted businessman falling from a Manhattan skyscraper, tumbling through the advertised symbols of American affluence.... (read the full post on the ABPnews Blog)
Posted by Steven R. Harmon at 1:47 PM