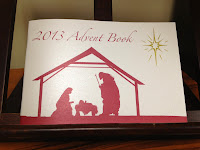 Each year Gardner-Webb University publishes an Advent Devotional Book as an aid to personal devotion during this season in the Christian year, with brief devotional reflections for each day of the season written by faculty, staff, students, and alumni. The text of my contribution for today, December 9, appears below; the entirety of the 2013 Advent Devotional Book is also available online in PDF.

It’s appropriate that the first week of Advent’s focus on hope is followed by the second week’s focus on peace, for “peace” sums up in a word the biblical vision of the world for which God and people hope. Today’s text from Nahum is a call to envision this future peace: “Look! On the mountains the feet of one who brings good tidings, who proclaims peace!” (1:15). The whole book of Nahum is a contrast of two stories with different end-pictures: the story of violence that underwrites the present evil order of things, epitomized by Nineveh, city of the violent Assyrian empire, which ends in “devastation, destruction, and desolation” (2:10), and the radically other story of God’s goal of peace for all creation, epitomized by Jerusalem, city of those who seek the peace of God’s reign. Today’s text from James makes the same contrast, for the antidote to the diabolical wisdom of the world that leads to conflict is the heavenly wisdom that leads to “a harvest of righteousness…sown in peace by those who make peace” (3:18).

As we join God in wishing, hoping, and asking for peace this Advent, let us also join God in working for the peace for which we hope. Such pictures of the end, suggested the philosopher Ludwig Wittgenstein, are “enough to make me change my whole life” (Lectures and Conversations on Aesthetics, Psychology, and Religious Belief, ed. Cyril Barrett [University of California Press, 1967], p. 57). Nahum tells us how to change our lives in light of this end: “Celebrate your festivals”—in other words, worship and in so doing be transformed by and become participants in the story of the peace of God’s reign, and “fulfill your vows”—in other words, live out the practice of peacemaking mentioned by James that we take on in our covenantal vows to live as the people of God, joining God in what God is doing to move the world toward its end of peace.

We won’t have to look very hard to find where God is working for peace. Wherever there is war, violence, division, and interpersonal conflict—in short, wherever there is broken relationship—God is already at work to realize the divine hope of peaceful community. Let us be open to opportunities to join in during this Advent season.