Ecumenism Means You, Too quoted in Christianity Today 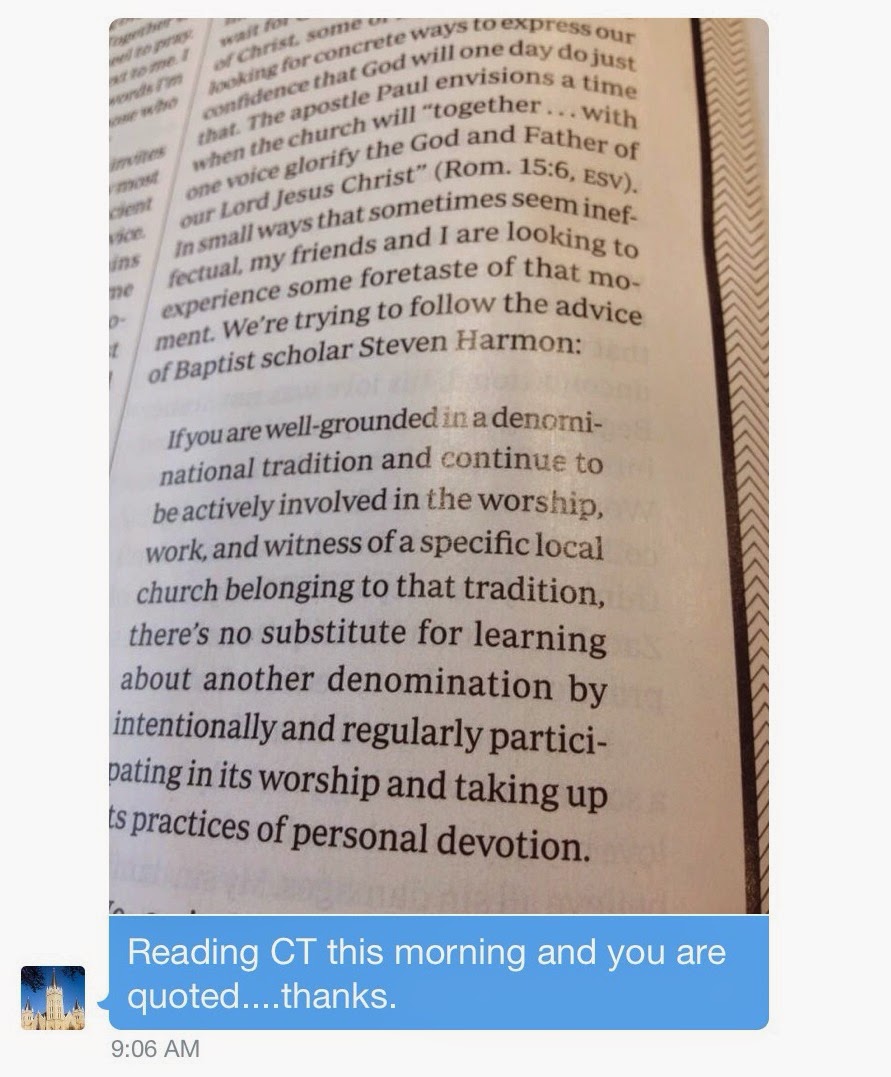 The March 2015 issue of Christianity Today includes Wesley Hill's article "Do-It-Yourself Church Unity: Healing the fractured body of Christ isn’t just for theologians to figure out," which includes a quotation from my book Ecumenism Means You, Too: Ordinary Christians and the Quest for Christ Unity (Eugene, Ore.: Cascade Books, 2010). (The online CT article linked here offers a partial preview, sans the portion with the quote, to non-subscribers.) Thanks to Hill for the shout-out and to Tony Tench of First Baptist Church Shelby, NC for calling my attention to it.
Posted by Steven R. Harmon at 10:21 AM No comments:

The Church: Towards a Common Vision at Louisiana Interchurch Conference

Posted by Steven R. Harmon at 2:49 PM No comments:

Email ThisBlogThis!Share to TwitterShare to FacebookShare to Pinterest
Labels: Faith and Order, Louisiana Interchurch Conference, The Church: Towards a Common Vision, World Council of Churches

The National Association of Baptist Professors of Religion--Southeast Region will meet at Belmont University in Nashville, Tennessee on Friday, March 6, 8:30 A.M. - 12:00 P.M. The program appears below. If you intend to attend this meeting, please RSVP to NABPR-SE Vice President Sally Holt (sally[dot]holt[at]belmont[dot]edu) so that she may plan for breakfast and lunch arrangements.

Email ThisBlogThis!Share to TwitterShare to FacebookShare to Pinterest
Labels: National Association of Baptist Professors of Religion 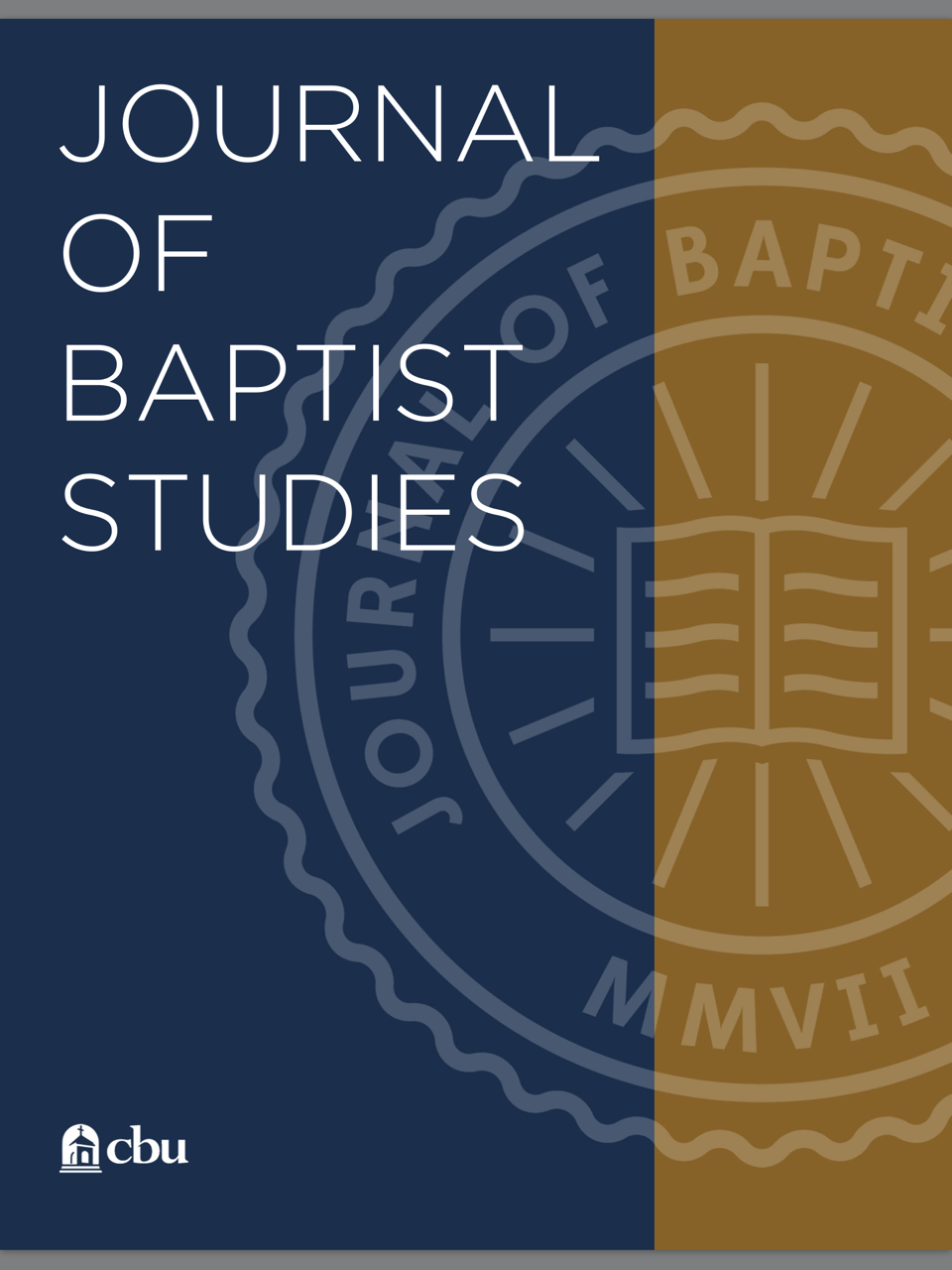 The current issue of the Journal of Baptist Studies (sponsored by California Baptist University) includes a pair of articles engaging proposals regarding the relation of Baptist identity to the larger Christian tradition in my book Towards Baptist Catholicity: Essays on Tradition and the Baptist Vision and Curtis Freeman's more recent book Contesting Catholicity: Theology for Other Baptists: “Baptists and the Catholicity of the Church: Toward an Evangelical Baptist Catholicity” by Matthew Y. Emerson and R. Lucas Stamps, and “Baptists and the Apostolicity of the Church” by James Patterson. Stamps also reviews Freeman's book in the issue. This engagement by Southern Baptist theologians is informed by a "post-conservative" theological trajectory exemplified by Kevin J. Vanhoozer, contrasted with the postliberal trajectory exemplified by George Lindbeck and within which they place Harmon and Freeman (a fair assessment). Last year Emerson and I had a constructive interchange regarding our perspectives on our respective blogs.

The full issue is available online; the Table of Contents appears below:

“Baptists and the Unity of the Church,” by Christopher W. Morgan, p. 4

“Baptists and the Holiness of the Church: Soundings in Baptist Thought,” by Ray Van Neste, p. 24

“Baptists and the Catholicity of the Church: Toward an Evangelical Baptist Catholicity,” by Matthew Y. Emerson and R. Lucas Stamps, p. 42

“Baptists and the Apostolicity of the Church,” by James Patterson, p. 67

Currid, John D. Against the Gods: The Polemical Theology of the Old Testament, reviewed by Kenneth J. Turner, p. 83

Holmes, Stephen R. The Quest for the Trinity: The Doctrine of God in Scripture, History and Modernity, reviewed by Michael A. G. Haykin, p. 99

Sanders, Fred. Wesley on the Christian Life: The Heart Renewed in Love, reviewed by Christopher Bosson, p. 101
Posted by Steven R. Harmon at 10:19 AM No comments:

This Saturday I will speak at Creighton University's symposium on the Vatican II Decree on Ecumenism Unitatis Redintegratio along with William Rusch, former executive director of the Evangelical Lutheran Church in America Office for Ecumenical Affairs and former director of the Faith and Order Commission of the National Council of Churches and now adjunct professor of Lutheran studies at Yale Divinity School, and Fr. John Crossin, executive director of the Secretariat for Ecumenical and Interreligious Affairs for the United States Conference of Catholic Bishops. The symposium is part of a three-year series on Celebrating the Legacy of Vatican II commemorating the 50th anniversary of the Council. A Creighton University press release provides details and links to additional information about the symposium and series. 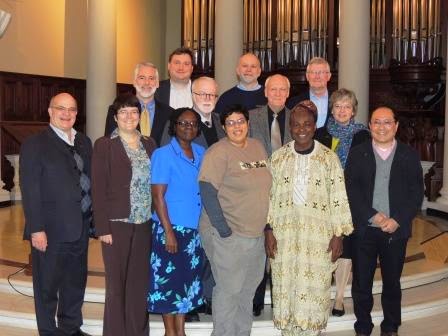 Meanwhile, the second session of the international bilateral ecumenical dialogue between the Baptist World Alliance and the World Methodist Council is meeting in Singapore February 5-10. This year's round of conversations focuses on theological issues such as the nature of the church, the nature of authority, sanctification and justification. A Baptist World Alliance press release issued yesterday includes additional information and a roster of the Baptist and Methodist delegation members.
Posted by Steven R. Harmon at 11:03 AM No comments: