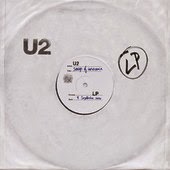 The Gardner-Webb University Office of University Communications has published a story drawing on my review of U2's new album Songs of Innocence for Associated Baptist Press / Herald and my radio interview for the campus radio station WGWG. The press release "GWU Divinity Professor Reviews New U2 Album" begins:

BOILING SPRINGS, N.C. —U2 forged a music career by blending the spiritual and secular worlds, and the band revisits its theological roots in its latest album, Gardner-Webb University Professor Dr. Steve Harmon offered in recent reviews for the Associated Baptist Press and WGWG.org.

Harmon teaches in the GWU School of Divinity and specializes in Christianity, religion and theology.  After discovering U2 as a high school student about 30 years ago, he has maintained an interest in the band, often reviewing the group’s albums...(read the full story at Gardner-Webb University NewsCenter)
Posted by Steven R. Harmon at 1:41 PM