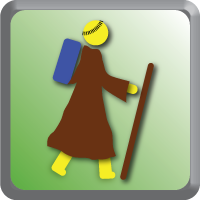 The Joint Declaration on the Doctrine of Justification signed by the Lutheran World Federation and the Roman Catholic Church in 1999 (and joined by the World Methodist Council in 2006) is one of the most significant agreements reached in the history of the modern ecumenical movement. While en route from Erfurt to Rome on a trek commemorating the 500th anniversary of Martin Luther's pilgrimage to Rome, Sarah Hinlicky Wilson has posted on Here I Walk a quartet of informative reflections on the JDDJ (linked below). I hope readers of Ecclesial Theology will take the time to read them (and the JDDJ) and reflect on the potential implications of this agreement for their own churches, local and beyond, in their relations with other communions. The Western churches divided since the 16th century have many other church-dividing issues remaining to be addressed, but the doctrine of justification should no longer be one of them.

On the Way to the Joint Declaration

The Joint Declaration on the Doctrine of Justification: So Much More Exciting Than It Sounds

Sweden and Finland Get Justified Too

Australia Ahead of Everybody Else
Posted by Steven R. Harmon at 3:08 PM