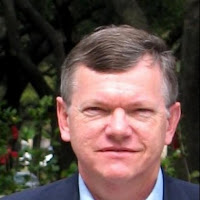 Readers of this blog have seen several references to a paradigm for ecumenical convergence that has come to be called "receptive ecumenism." In a glossary that appears in an appendix to my book Ecumenism Means You, Too: Ordinary Christians and the Quest for Christian Unity (Cascade Books, 2010), I offered this definition of receptive ecumenism:

Receptive ecumenism—An approach to ecumenical dialogue according to which the communions in conversation with one another seek to identify the distinctive gifts that each tradition has to offer the other and which each could receive from the other; given expression by Pope John Paul II in his 1995 encyclical on ecumenism Ut Unum Sint (“That They May Be One”): “Dialogue is not simply an exchange of ideas. In some ways it is always an ‘exchange of gifts’” (§ 28). Some interconfessional dialogues, such as that between the Roman Catholic Church and the World Methodist Council, have worked toward concrete proposals for the exchange of ecclesial gifts.

Much of my own work as a Baptist ecumenical theologian has emphasized ways in which Baptists might benefit by receiving into Baptist faith and practice some of the gifts that other Christian traditions have to offer the rest of the body of Christ (e.g., in my book Towards Baptist Catholicity: Essays on Tradition and the Baptist Vision [Paternoster, 2006]). Yet it's gratifying to hear now and then from non-Baptist admirers of the Baptist tradition who discern in it some distinctive ecclesial gifts that they believe their own non-Baptist tradition might benefit from receiving. A recent blog post by Ted Campbell, Associate Professor of Church History at Southern Methodist University's Perkins School of Theology (photo top left), does just that. Here's a portion of the beginning of his post on "Why the Baptists Were Right After All":

This is difficult for a Methodist. In Beaumont, Texas, Baptist was the default religion. If you weren’t anything else, you were just presumed to be Baptist, or “Babdist,” as we were inclined to say. Whatever else Methodists were, we were not Baptist. The truth is that Baptist piety and practices deeply influenced popular Methodist religion, but Methodist leaders worked hard to distinguish Methodism from Baptist culture. A lot of Methodist “New Member Classes” taught very little about Jesus and God and salvation and stuff like that but were really just extended polemics against Baptist views and practices. So why would I think the Baptists may have been right after all? Well, let's see…

1. Infant baptism isn’t the swooftest idea anyone ever came up with. Methodists have so vehemently defended infant baptism that you would think our Article of Religion would say something like this:

Those damnable heretics who do confound the catholicity of the holy Church of God and contradict the inclusiveness of the community by denying unto young children their rightful place in the Kingdom of God which our Saviour hath promised unto them through the holy sacrament of baptism are to be decried in all places and in all times as enemies of the common grace which God hath ordained unto all of God’s people and as disgusting pisser-offers of the saints.

The baptism of young children is to be retained in the Church.

Ho hum. So let’s face it: the New Testament doesn’t mention infant baptism. It doesn’t explicitly deny it, and it does mention family baptisms (“When she and her household were baptized…” Acts 16:15; and cf. Acts 16:33) without any explicit cut-off age (so it doesn’t add, “excluding of course those kids who were below the Age of Accountability”). Moreover, the United Methodist Church and many other churches that baptize infants have “received” an important ecumenical document, the WCC Faith and Order text on Baptism, Eucharist and Ministry (1984), which states that, “baptism upon personal profession of faith is the most clearly attested pattern in the New Testament documents” (BEM, section on baptism, p. 4). That’s correct. In fact, the Catholic Church and some other churches have begun to emphasize that adult baptism should be seen as the theologically normative form of baptism, since it involves all elements of Christian formation together, even though infant baptism continues to be practiced. So in the 1988 United Methodist Hymnal, for the first time the service of adult baptism with profession of faith comes first and the ritual for infant baptism and baptism for others unable to answer for themselves comes second.

Those of us who practice infant baptism – and the baptism of other people who are unable to answer for themselves – do so because we believe that baptism is the means by which we incorporate people into the Christian community, whether they are below the “age of accountability” or not and whether they’ve professed a conversion experience or not. I’m not opposed to infant baptism, but infant baptism leads terribly easily to the idea that incorporation into a Christian community can somehow substitute for personal commitment. It can’t. See number three below. But meanwhile… (read more)

Ted, this Baptist is honored and humbled by your admiration for some of the things that have distinguished the Baptist tradition. We'll do our best to be good stewards of these gifts.
Posted by Steven R. Harmon at 3:38 PM